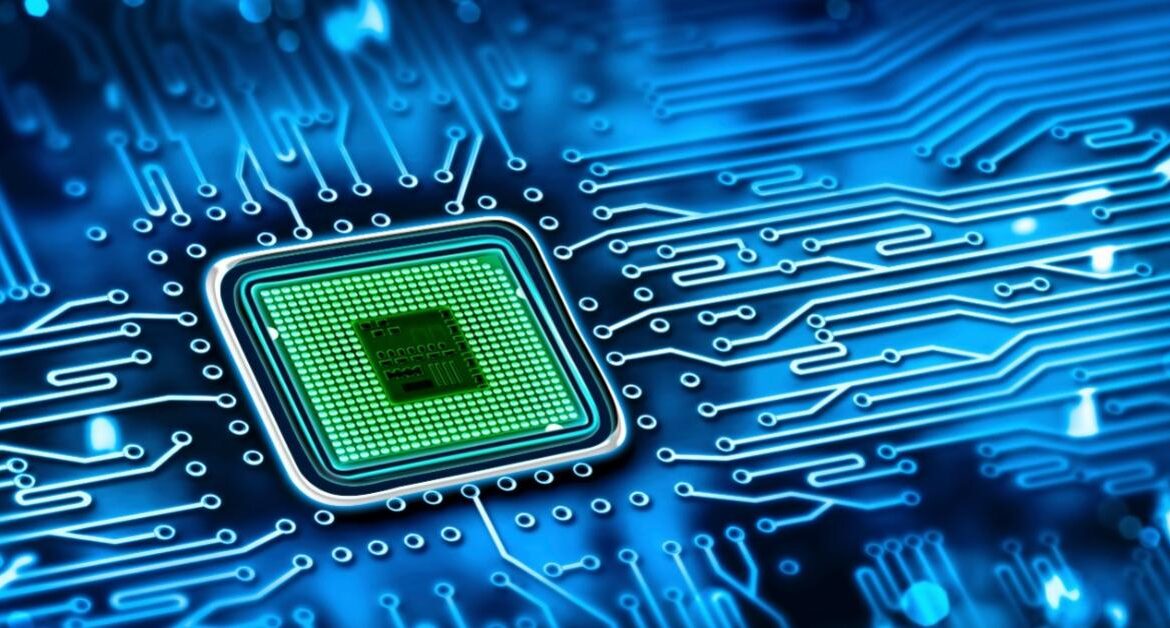 Virtually all aspects of modern, interconnected, and digitized life rely on the processing and memory capabilities of advanced semiconductor computer chips. Electronic devices including smartphones, game consoles, cars, televisions, household appliances, military hardware, and medical equipment rely on these minute, flat wafers of silicon made astoundingly from melted sand. The United States has focused its efforts upon this essential good to put pressure on China as tensions precipitate between the rival superpowers. Yet from the start, the US measures will harm American consumers and businesses.

Both countries have layered policies over the years on these advanced semiconductors as part of their larger economic competition. Although US measures target China, American and Western-aligned companies have ironically been feeling the pressure mount as China makes up a major part of their market and manufacturing.

The share prices of American companies Intel, Micron, Nvidia, AMD, Applied Materials, and Lam Research all have fallen between 50 and 70 percent from their fifty-two-week highs. ASML of the Netherlands and Tokyo Electron of Japan have also experienced such drops in share prices. It may not yet be the bottom yet with the emergence of further trade restrictions from Washington as the chip war heats up.

On October 7, the US Department of Commerce expanded licensing requirements for exports of advanced semiconductors and the equipment used to make them. Unlike the previous ban on shipments to particular companies in China, the new policy covers all shipments related to the chip industry to China. It is estimated that cutting off China’s access to foreign chip related imports would set back the Chinese chip industry by years. Especially in the area of the most advanced chips, China has lagged behind US aligned countries as the highly technical methods remain out of reach without imports.

However, some have quickly noted the broader unintended consequences for the US due to the new regulations against China. Willy Shih, a professor at the Harvard Business School who specializes in technology and manufacturing, describes this kind of export control as “a bit of a blunt instrument,” noting that cutting off China from the capability to make the highest-end chips could push companies there to resort to producing more low-end chips which would in turn drive down prices for that segment of the market and make it harder for US and Western factories to compete. It would then come back to make Western buyers of those chips dependent upon Chinese suppliers. These less advanced chips are commonly used in simpler devices, but also as part of automobiles and even some military hardware.

This escalation of US restrictions in the chip market, while destabilizing in the short term for their rival, may act as fuel to accelerate China’s drive to achieve self-sufficiency in chip manufacturing in the long run. This has been the case with many technologies such as with the development of high-speed rail in China after Japan’s initial edge. Only a couple of months prior to the latest US measures, it was reported that China’s top chipmaker Semiconductor Manufacturing International Corp (SMIC) had reached a key technological breakthrough that made it possible to produce seven-nanometer chips on par with the best manufacturers in the world. Can the US actually win a chip war with this kind of restrictive policy or will it end up backfiring?

In response to the blanket ban by the US government against trade and cooperation with China, Chinese chipmaker Yangtze Memory Technologies Corp ousted American employees in core tech positions in a broader effort by Chinese semiconductor companies to run “US-free” manufacturing lines and to “de-Americanize” the teams. Many foreign employees from the US or American-aligned countries working in the chip making industry have left or plan to leave China as the companies scramble to assess their future plans.

The new trade restrictions grant non-US companies with Chinese operating locations a one-year grace period in which material can still be sent into China. This plunges these companies into a gray zone in which they must guess the prospects of their ties with the Chinese market. South Korea’s SK Hynix, one of the world’s top memory chip makers, reportedly said that the firm may sell its massive plant in Wuxi, China in the extreme scenario that it cannot sustainably maintain the facility. Here, the latest US measures put a great burden on a friendly country’s economy, one that they never asked to bear.

The geopolitical focus on Taiwan this year has in large part also been fueled by this very issue. Taiwan currently accounts for about 20 percent of global semiconductor capacity and produces a whopping 92 percent of the most advanced chips, most significantly by the Taiwan Semiconductor Manufacturing Company (TSMC). The reliance on foreign production for these important components has pushed the U.S to boost efforts to build up domestic chip manufacturing. However, the outlook is not broadly optimistic. A recent report mentions that TSMC founder Morris Chang has said “that U.S. efforts to reconstitute its domestic semiconductor production are doomed to fail.”

The latest restrictions seem to point not only to a larger decoupling of the US and China, but it could also create rifts in the US relationship with aligned countries with significant chip making industries. The new US restrictions are set to create scarcity, not abundance. As is the case with so many restrictive trade policies, consumers and firms alike will see fewer choices among products that use silicon chips and businesses will experience a fall in the production of those products that have so elevated the overall standard of living in modernity. The effect may begin slowly with the increase of the prices of electronic goods, there may be shortages or long delays in supply, and it may end with the complete breakdown of availability for many of the products that bring efficiency and convenience to modern life.