PayPal admits policy to fine customers for ‘misinformation’ was an ‘error’ 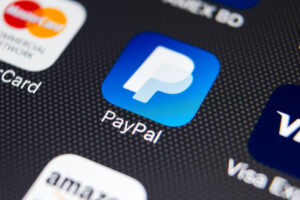 PayPal has said that it will not fine users for misinformation and an earlier policy update that said customers could have to pay $2,500 in damages was sent in error.

Shares of the San Jose, California-based company were down nearly 6% after the update, which PayPal said “included incorrect information”, sparked intense backlash on social media over the weekend.

“PayPal is not fining people for misinformation and this language was never intended to be inserted in our policy. We’re sorry for the confusion this has caused,” a spokesperson for the company said.

According to several media reports last week, PayPal had published a policy update prohibiting customers from using its services for activities identified by it as “sending, posting, or publication of any messages, content, or materials” promoting misinformation.

The new policy, which said customers could have to pay damages of $2,500 for each violation, was supposed to go into effect on Nov. 3, the reports said.

“A private company now gets to decide to take your money if you say something they disagree with. Insanity” Marcus tweeted.

Read more:
PayPal admits policy to fine customers for ‘misinformation’ was an ‘error’