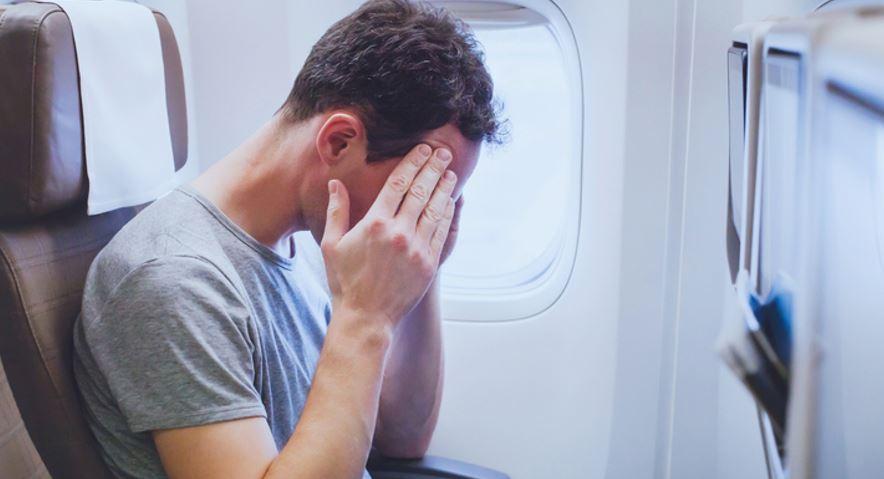 If you’ve purchased any airline tickets lately, you’ve probably noticed that prices are up. It’s quite a reversal from the days of covid lockdowns, when airline tickets could be had for half the price of 2019 fares. Or even lower, in many cases.

But those days are apparently over, and as Yahoo Finance notes this week:

Airline fares soared 18.6% in April, according to the latest Consumer Price Index (CPI) report from the Bureau of Labor Statistics (BLS)…. The jump, which built on March’s 10.7% monthly rise in airfares, marked the largest increase since the inception of the series as a component of the public transportation index in December 1963.

On an annual basis, airline fares logged a 33.3% increase from the same time last year, the largest 12-month rise since the period ending December 1980.

Among the big three airlines—Delta, American Airlines, and United Airlines—ticket prices have surged 49.4% on average on year over year basis for the week-end [of] May 23.

The price increases come among news that jet fuel prices are up 116 percent year over year and that staffing shortages are becoming an increasing problem for airlines. Covid lockdowns and other government-imposed restrictions on productivity have driven up fuel prices, while newly printed dollars for government stimulus mean more dollars are chasing supply that can’t keep up.

Moreover, consumers are spending dollars they don’t have. At least some of this expensive air travel is being financed by debt and the spending down of covid-era savings. After all, the New York Fed reported last month that credit card debt is heading toward an all-time high and the personal saving rate has crashed to a thirteen-year low. The savings rate has fallen for four months in a row, and is now at the lowest level estimated since August 2009. Nevertheless, airline travel has become so ingrained in American travel plans that not even forty-year highs in inflation and declining GDP (gross domestic product) are enough to dissuade Americans from buying tickets.

A big factor in Americans’ attachment to air travel is the fact that airfares have now been generally falling for more than forty years.

This is partly due to the federal deregulation of airlines in 1978. Before then, the Civil Aeronautics Board heavily regulated air travel and set airfares. Government bureaucrats had near-total control over where airlines could fly and when.

Airline regulation was the product of a New Deal philosophy that the federal government should limit competition and keep corporate profits high in order to avoid the “chaos” of bankruptcies and business failures. Under these conditions, what competition did exist could not play out in terms of airfares. Since the Feds controlled fares, this meant airlines would compete by serving more sumptuous meals, employing more attractive flight attendants, or providing more attentive beverage service. Indeed, it is government regulation that produced “the good ol’ days” of stylish air travel that old timers like to pine for. If those days seemed more refined, however, it’s because air travel was more of a luxury good at the time. One didn’t have to deal with the hoi polloi on flights because the commoners had to travel by bus if they lacked the means to save for weeks or months for a cross-country flight. For example, “the average flight from L.A. to Boston in 1941 was worth $4,539.24 per person in [2017 dollars].”

After deregulation, however, prices began to fall quickly and the total number of air travelers began to rise. Between 1978 and 2008, total passengers on commercial airline flights doubled. By 2015, the $4,500 flight from LA to Boston would cost $480.89 and take only six hours.

After that, however, the downward trend flattened out—although total airline passengers increased by 28 percent from 2010 to 2019. Prices began to fall again after 2014. Not surprisingly, average airline prices fell 18 percent from 2019 to 2020 thanks to the Covid Panic. Total air passengers collapsed in 2020.

Falling prices were not all due to deregulation, of course. Innovations in both technology and operations management (i.e., finding ways to fly more routes at lower cost) have all had a disinflationary effect. But it does appear economic progress in these areas is no longer outpacing price inflation as it did throughout the 1980s and the 2000s.

After a decade of largely flat airfares, price increases have come roaring back in 2022. The Bureau of Transportation Statistics has not yet released 2022 numbers, but estimates from travel data trackers like Hopper suggest prices have increased as much as 40 percent since the beginning of the year. If that is case, then the average airfare in 2022 has surged to a twenty-year high of around $460. A more moderate increase of 33 percent, as suggested by recent year-over-year CPI data, would bring the average airfare to an eight-year high of around $430.

Source: Airlines for America (airlines.org) and the Bureau of Labor Statistics.

One thing is fairly certain, however: airline prices have not returned to “normal” in 2022. Since airline deregulation, “normal” has usually been declining or stable prices, even in the face of increasing demand. If current estimates play out for 2022, we’ll be seeing the largest year-over-year increase in airfares in many decades.

It’s all just one more way that the cost of living for ordinary Americans is heading up. How much of this is due to monetary inflation? That’s impossible to know, since demand for air travel has apparently often outpaced increases in the money supply. But rising jet fuel prices—thanks to government-induced logistical shocks and a depreciating currency—certainly aren’t helping. Nor are longstanding federal bans on foreign airline competition in domestic travel.

On the other hand, if recession combined with rising interest rates soon arrives, consumers will indeed have to face a rising cost of consumer debt combined with unemployment. That would certainly put a damper on demand for air travel and bring prices back down.