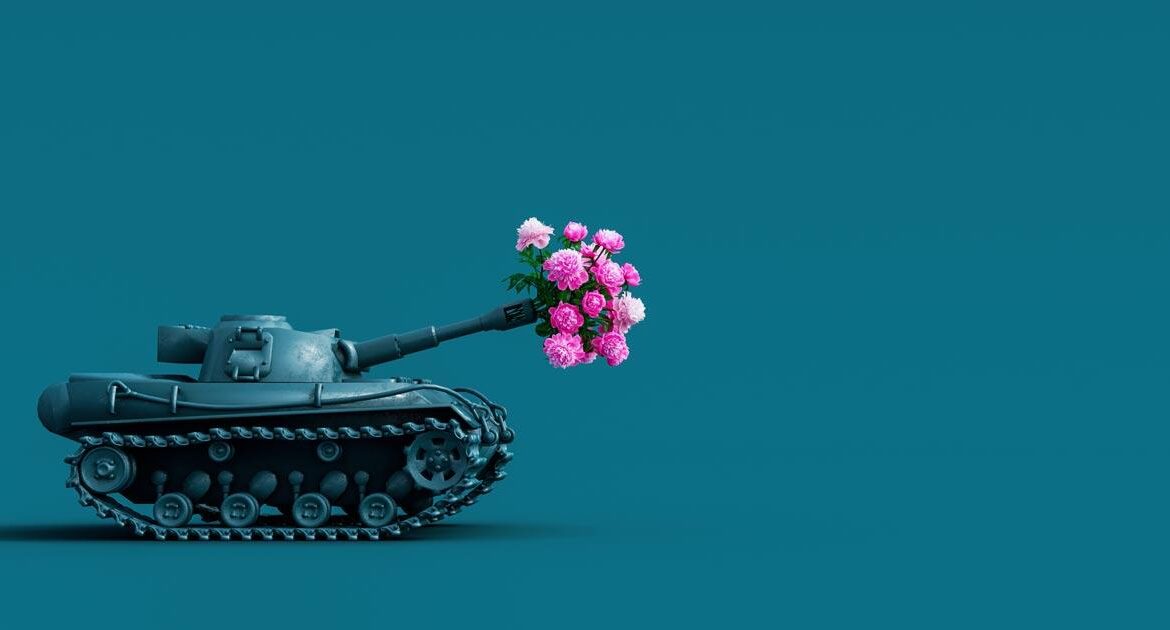 The Russian invasion of Ukraine has brought America’s foreign policy interventions under the limelight once again. Ryan McMaken argues that the US administration’s claim that countries should not have the right to a sphere of influence, implicitly addressing Russia, is hypocritical. The US opposes a sphere of influence for Russia and other regional powers, while at the same time has steadily expanded its own global outreach. Among other, one can judge how true this is by looking at the amount of US military spending and size of its foreign military interventions.

The USA not only spends a disproportionately high amount of money on military relative to the rest of the world, but has also continued doing so when the Cold War was over and it could have set in motion a virtuous cycle of international disarmament. The USA has also multiplied its foreign military actions and engaged in controversial and costly wars in Iraq and Afghanistan, harming both international peace and the global economy. From this point of view, Lew Rockwell’s scathing criticism of the US military interventions in Iraq and global hegemonic ambitions in general, appears still relevant after almost twenty-five years.

US Military Spending in Perspective

The US spends about 11 percent of its federal budget on defense, which is the third largest item after Social Security and Health, and costs almost twice as much as education. The US defense budget was $754 billion for the financial year 2022, before President Biden increased it by another $29 billion following the war in Ukraine.

However, this is not the full picture, because other federal spending is also closely tied to defense. The budgets of Department of Veterans Affairs ($113 billion), Homeland Security ($55 billion), the State Department ($64 billion), and the FBI and Cybersecurity in the Department of Justice ($10 billion) add another $242 billion to the base budget of the Department of Defense (DoD). By adding it all up, defense spending is set to exceed $1 trillion in 2022—i.e., 14 percent of the federal budget and 4 percent of gross domestic product.1

The US defense budget represents not only a significant burden on the domestic economy, but looks completely disproportionate relative to other countries’ military outlays. According to the Stockholm International Peace Research Institute (SIPRI) the US military spending is greater than those of the next ten largest military expenditures combined. At around $800 billion in 2021, the US military budget was almost three times higher than China’s ($293 billion) and twelve times larger than Russia’s ($66 billion).

Except for China’s military budget which has increased about ten times over the last two decades, albeit from a very low level, the steady increase in the US military spending has widened the gap with the rest of the World (graph 1). Together with its allies in Western Europe, the US spent on military three times more than Russia and China combined in 2021. As the annual spending differential between the US and other countries took place over many years, it means that the United States’ overall military supremacy in terms of stock and quality of military equipment is undisputable.

Monica Duffy Toft also claims that the US military interventions since World War II have only rarely achieved their intended political objectives. The statistics presented show that big powers, such as the United States and Soviet Union, won a majority of conflicts with weaker adversaries up to 1950, but afterwards lost most of these asymmetric fights. Moreover, the interventions deemed “successful” have eventually cost much more that would have been considered reasonable previously.

For example, the recent military debacles in the Iraq and Afghanistan bear an exorbitant price tag of about $4–6 trillion, if the liability of providing medical care and disability benefits to war veterans and the cost of financing the war are included.

It can also be argued that the massive increase in military spending in the 2000’s not only contributed to a sizeable fiscal deterioration, but also swayed the Federal Reserve System’s (Fed) expansionary monetary stance. Zooming in into this period, Graph 3 shows how the acceleration of military spending to double digit growth rates went hand in hand with the Fed’s slashing of interest rates to record lows. Ramping up money creation was the most expedient way for the American government to finance the wars and the burgeoning pubic debt at lower costs. The increase in foreign holdings of US dollars, given the latter’s special status of number one reserve currency in the world, helped keep domestic inflation below the pace of money creation. Nevertheless, interest rates were cut for too low and too long.2

The USA controls about 750 foreign military bases spread across eighty countries worldwide and spends more on its military than the next ten countries combined. After the collapse of the USSR in 1991, the US has missed a “unipolar moment,” in which, as a sole remaining superpower could have put an end to the global arms race.

Instead, it continued to increase its military budgets, greatly outspending the rest of the world and inciting other countries to follow suit. The US foreign military interventions have also multiplied and culminated into costly and lengthy wars, which left behind countries ravaged by civil wars in Iraq and Libya or under the same autocratic Taliban rule in Afghanistan.

In addition, the justifications for the military interventions in both Iraq and Libya were seriously questioned and the international law principles were not consistently followed (e.g., the invasion of Iraq without a UN mandate, Guantanamo Bay), tarnishing the United States’ international reputation. Instead of a defender of international order and freedom, the USA now is perceived as an aggressive interventionist power, as illustrated by Lew Rockwell.

Eventually most Americans realized that the wars in Iraq and Afghanistan had not been worth fighting. But, will the lesson be learnt that excessive US military spending should be cut and the military-industrial complex be kept under control in order to avoid such misadventures in the future?