Skip to content
Homepage World News Decentralization and the Rise of the West: The European Miracle Revisited 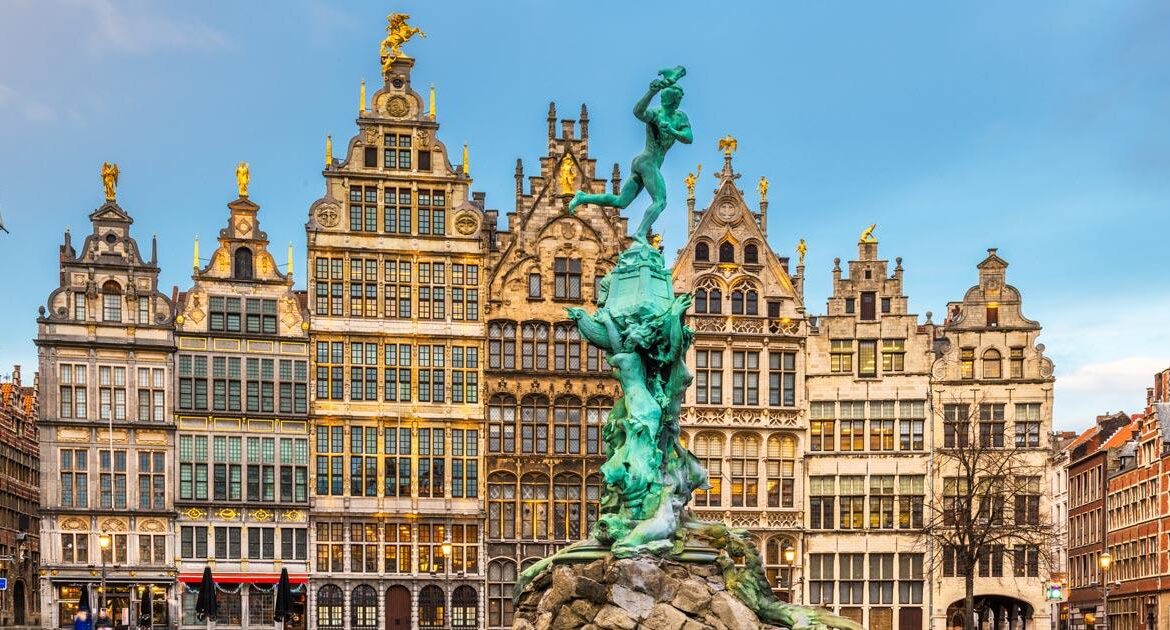 Decentralization and the Rise of the West: The European Miracle Revisited

Decentralization has long been at the forefront of the minds of Austro-libertarians. Hans-Hermann Hoppe, for instance, appeared on Austrian television this month sharing his dream of a Europe “which consists of 1,000 Liechtensteins.”

Although principally based on economic reasoning, this policy agenda emerged at least in part out of a celebration of the historiography on the “European miracle,” which posits that the West grew rich because of the existence of thousands of competing political entities of differing size and form in premodern Europe. Since Ralph Raico summarized this historiography thirty years ago, the “European miracle” school of thought has moved forward with varying degrees of success.

Back in 1994, Ralph Raico wrote an essay on the then emerging “European miracle” school of thought in economic history. The scholars in this school, Raico argued, had at long last repudiated the “historical materialism” of the Marxists. Unlike Karl Marx and his followers, they insisted that technological change and economic growth were the result of certain legal, political, and ideological institutions—or the “superstructure,” in Marxist terms—rather than the other way around.

Institutions such as property rights, restraint in taxation, and liberalism, in turn, arose out of the political anarchy of medieval Europe. Although culturally homogenous and economically integrated, Europe for centuries remained a patchwork of different kingdoms, principalities, city-states, and ecclesiastical polities. This meant that the ever-growing middle classes of merchants, artisans, and shopkeepers could take their business elsewhere if the rulers usurped too much of their productive wealth. As a result, the political authorities competed with each other to develop an atmosphere conducive to economic freedom. As Eric Jones put it in The European Miracle, which Raico named his article after:

Political decentralization and competition did abridge the worst arbitrariness of European princes. There were many exceptions, but gradually they became just that, exceptions. Meanwhile, freedom of movement among the nation-states offered opportunities for “best practices” to diffuse in many spheres, not least the economic…. The number of states never shrank to one, to a single dominant empire, despite the ambitions of Charlemagne, the Hapsburg Charles V or Napoleon. Within many states a long process in the history of economic thought conditioned rulers to listen to academics and other wise men. Writers of the seventeenth and eighteenth centuries in central and western Europe dared to offer advice about how to rule, some of which was taken.

Political competition ultimately is what set the West apart from the rest. Asia’s Charlemagnes, Charles Vs, and Napoleons were successful in monopolizing political power, allowing them to establish command economies.

Raico’s article appeared in a volume called The Collapse of Development Planning, edited by Peter J. Boettke. The implosion of the Soviet Union undoubtedly made Raico optimistic that the influence of left-wing ideologies in the field of economic history would collapse, too. Yet the institutional approach has not come to dominate the field. The idea that the rise of the West is principally the result of the exploitation of labor still holds a lot of support in academia.1 Historical narratives that explain the Industrial Revolution through out-of-the-blue technological progress or coincidental geographical factors abound as well. Moreover, historians have tried to prove the efficiency of premodern antimarket institutions, such as craft guilds and serfdom.

Finally, the nation-state is still allocated a decisive role in the economic rise of the West. In his Global Economic History: A Very Short Introduction, for instance, Robert C. Allen celebrates the “standard model” for economic development spearheaded by nineteenth-century European nation-states and the US government. Influenced by Friedrich List and Alexander Hamilton, the four allegedly “successful” state policies, according to Allen, were investments in transportation and mass education, central banking, and tariffs.

Still, few historians would deny that political competition played a vital role in the European miracle. Niall Ferguson, for instance, included competition as the first of several “killer apps of Western power” in his popular 2011 book Civilization: The Six Killer Apps of Western Power. The problem is that since most historians are not libertarians, they do not a priori exclude the possibility that the nation-state can create wealth. Therefore, when government intervention and economic growth go hand in hand, even the institutionalists tend to conclude that the state somehow played a contributing role.

In short, economics allows us to separate the wheat from the chaff. It allows us to interpret the empirical facts and conclude whether A happened because of or in spite of B. Like in the modern world, the state was never entirely absent from economic affairs in premodern Europe. Even if political competition often induced a modicum of laissez-faire, nation-states also pursued mercantilist policies, especially in the early modern era. These practices created special interests, which could lead to social segmentation, regulatory capture, and reduced innovation. The brilliance of the system of European states is that when this occurred, capital could easily flow to a competitor location.

The example of the Low Countries illustrates this point. A long tradition of scholarship there, greatly influenced by the Belgian historian Henri Pirenne, is built around the rise of a powerful middle class of merchant-entrepreneurs in the Middle Ages. From around the turn of the millennium, the export-oriented cloth industry gave rise to a variety of wealthy towns in historic Flanders, such as Ypres, Lille, Ghent, and Bruges. These towns became a refuge for serfs and merchants alike, and as the towns grew in size and power, they were able to demand more and more political freedoms and judicial rights from feudal lords.

As the model was emulated in Brabant and Holland, local rulers discovered that encouraging trade was in their interest, as wealthier towns meant more tax revenue. In order to attract foreign merchants, they set up fairs where traders could exchange goods from across the continent (and beyond) and experiment with commercial credit practices. These temporary fairs eventually gave way to permanent cities that in the late Middle Ages became the Continent’s primary centers of long-distance trade, where merchants from Italy, Germany, and elsewhere congregated.2

Three of these thriving cities were Bruges, Antwerp, and Amsterdam. In that order, these were the leading commercial cities of northwestern Europe from the thirteenth to the eighteenth century. Yet their consecutive periods of economic primacy were not predetermined. The presence of a large contingent of international merchants and the existence of a variety of cities connected to the same hinterland combined to incentivize competing cities to adapt their institutions to accommodate merchants. The city magistrates often refrained from imposing rules and instead looked to institutions surrounding brokering, conflict resolution, and insurance that developed spontaneously among the mercantile population. This allowed best practices to emerge in the marketplace of ideas that were codified into local and international law later on.

Bruges and Antwerp grew rich because they extended special privileges to merchants from foreign nations; that is, these merchants were exempted from local laws, and this provision created the ideal environment for institutional experimentation and adaptation. When political events made a city less attractive for doing business, the merchants moved to a competitor city; for example, merchants moved operations from Bruges to Antwerp at the end of the fifteenth century and from Antwerp to Amsterdam at the end of the sixteenth century. In short, foreign merchants were privileged over local merchants in the southern Low Countries.

The Amsterdam magistrate, in contrast, chose to treat all merchants, local or foreign, equally. Relatively speaking, the Dutch Republic was a beacon of political, economic, and religious freedom in the seventeenth century, and Holland in particular experienced an economic boom in the Dutch Golden Age. Because wealthy merchants were more integrated into the sociopolitical fabric than they had been earlier, in Antwerp and Bruges, however, it was less easy for capital to flee to competitor states when increased guild interference and unwise public finance policies made capital investments in the Dutch Republic less profitable in the eighteenth century. Therefore, capital flowed into lucrative but less productive sectors, such as colonial investments, the slave trade, and moneylending to foreign kings. This ultimately slowed down the engine of economic growth and allowed London to overtake Amsterdam as the leading metropole by the end of the century.