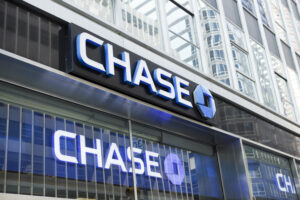 JP Morgan threw down the gauntlet to the UK retail banking industry by launching an instant-access savings account paying over 50 per cent more interest than existing accounts.

The American bank said that customers of Chase, its new British app-based operation, would get a 1.5 per cent return on up to £250,000, but savers must also sign up to its current account.

The rate is 0.55 percentage points higher than the next best easy access savings rate, which is 0.95 per cent from Aldermore Bank. For a saver with £10,000, this would provide £150 in annual interest, £55 more than the next highest-paying account.

In September Chase launched its current account, which pays 1 per cent cashback on debit card spending for the first 12 months, although it only recently let customers set up direct debits.

JP Morgan, America’s biggest bank, will not say how many customers the new venture has, but it is expected soon to integrate the 130,000 customers of investment platform Nutmeg, which it bought in June.

Marcus, the online savings arm of Goldman Sachs, launched in September 2018 with a savings rate of 1.5 per cent, but now pays 0.7 per cent.

Interest rates on the top five easy access accounts are an average of 0.9 per cent, compared with 0.44 per cent a year ago. It has not been this high since October 2020, but is still far lower than the rates savers were getting in 2012 when an easy access account from Santander paid 3.25 per cent.